There are several layers to this cancer thing.

You’ve got the patient.  Most obviously in this case, my sweet mama, Sue.

You’ve got the cancer.  Depending on the cancer location, type, and staging, you have a very unique and specific disease process that responds as uniquely and differently to various treatments.  We’re dealing with adenocarcinoma of the small intestine.  I say “we” are battling this cancer, because in a lot of ways, this has become a group fight:

You’ve got the caregivers.  Those whose lives are directly impacted by the patient’s cancer and treatment.  My sister, D’Ann, husband, Toby, the three little critters, and me.  Family near and far.

You’ve got the concerned loved ones.  Some that you’ve known forever and some that you’re lucky enough to meet along the way.

You’ve got the medical staff.  Everyone you encounter:  janitors, nurses, lab techs, radiologists, and even those doctors.

We are sincerely blessed.

As we come back from mom’s cancer surgery and HIPEC treatment in San Diego at the University of California, it’s taken a bit of time to let the dust settle and fully consider what just happened.  The roller coaster has whirred, screeched, twisted, and upended all of us, most intimately, mama, and as we slowly lurch back into the level resting position at the end of the ride, it still takes a moment for us to gain our feet and to brace ourselves again.  A new chapter.

The cytoreductive surgery  to remove all of the cancer and heated chemotherapy went…  they went amazing!  It is a little shocking to report that, all in all, there were 21 tumors taken out of mom’s abdomen, liver, large intestine, omentum, and rib cage.  19 in this surgery, 2 in March.  They were all relatively small, marble sized to one mass that reached index card size.  By comparison to other patients who receive this cancer treatment, mom’s tumor load was considered “low volume.”  They fight way bigger wars than this and win!

They sloshed the chemotherapy around in her belly for 90 minutes following a surgery that took about 5 or 6 hours.  We were initially told the whole procedure would take 8-12 hours.  We saw her in recovery by about the 9 hour mark.  The pain was intense, but she was closely monitored as an ICU patient throughout the evening.  ICU was overfull, as was the remainder of the hospital.  Mom ended up staying in the post-op chaos for a few days too long, until a room cleared up.

Sporting an incision down her belly, about 14″ long, there were good days mostly, with a few bad pain days as they  tried to adjust and taper her medication.  The tumors behind her liver were growing, oddly, through her abdominal wall into the muscle.  This muscle had to be removed, a large resection of about 5″ in diameter.  Ow.  This site is still causing sharp stabbing pains, muscle spasms, and intense soreness.

We were told there would be a 50% chance that something that would require medical intervention would happen – an infection, a bleed, a somethin’.  The only kink in the system became the adhesive from a band-aid on upper epidural site.  There was a clear bandage placed over this line to keep it in place on her spine, just about shoulder blade level.  She was able to press a button to release medication into the spine which blocked the pain from her rib cage down and still allowed her legs to function.  The band-aid, about 3″ x 3″ , by day 3, created a rash the size of Rhode Island on mom’s back.  The rash blistered, festered and grew.  There is still a deep brown tone to her skin where the reaction occurred.  This requires hydro-cortisone cream.  Of all the things that could have gone wrong, we get to rub some cream on it.  Sincerely blessed.

By day six after the operation, mom had surpassed the expectations of the physical therapist.  Dr. Baumgartner and his nurse, Lisa, were both encouraged and pleased with mom’s post-surgical resilience.  They released her over to me on day seven. At this point, I had flown back and forth to San Diego, twice, as I wrapped up Mother’s Day and more at the flower shop, with very little to no rest a night or two.  I relieved my sister from her 12-hour hospital days and she immediately flew home and went back to work upon landing in Boise.  Mama taught us to work hard.  Not gonna lie… it was daunting.

Upon getting to our hotel, I grocery shopped, started a medication log, and then we slept.  For two days mom and I slept and ate sandwiches and did laps around the balcony of our hotel.  And we slept.  Sincerely blessed.

Instead of a 14 day hospital stay, we ended up making it a 14 day stay in San Diego.  Mom literally rocked it.  I believe all the of the prayer has kept this genetically aggressive tumor from reacting the way it is wired to act, God’s protection.  Somehow, mom is just defying the odds of this cancer prognosis.

This year we found out mom’s cancer was back in January.  We were told in February that doctors in our location could do nothing more to help her.  She was given the choice by her oncologist to let the cancer grow and take chemotherapy after the disease had advanced as a way of “slowing the cancer down” and prolonging life.  Mom had taken this regimen of FOLFIRI and responded poorly.  It made her feel sicker than the cancer.  We left the oncologist’ office feeling down, but hopeful that our surgeon would be willing to help us by removing the tumors.

The Idaho surgeon refused to operate and refused to help us find a surgeon who would help us.  That was a sad day.

In the following weeks we were denied service by MD Anderson in Houston, Texas. – reportedly the best cancer institution in America.  Without hesitation, I called a number in our back pocket.  A Facebook comment by a long-distance friend.  We called the Moore’s Cancer Center at the University of California – San Diego.  That phone call was the first time I had hope in a long time.  Thank you, Kate.

We ended up with a phone interview with our new surgical oncologist, Dr. Joel Baumgartner, in late February.  This led to a laparoscopic procedure in San Diego in late March.  We also went to San Diego in April for a pre-operative visit.  And, finally, we are home from our May visit with the best possible news.

Somehow, it’s a little hard to celebrate.  I think we are all scratching our heads thinking, “What now?”  I mean, really, just heal and hope, right?  It is a new blaring reality that mom will need follow-up visits with doctors in San Diego and we will start this in July.  It’s not over yet.  You try to keep both feet on the “miracle” side of the line, but you know there is a scan in a few short months and more San Diego.

At this point, I know two things.   There is no way to predict what will happen in the future and I am just trying to rest and breathe and lay it all at His feet.  This is so hard for me.  The second thing I know, is that it is impossible for me to thank all that need to be thanked at this point.  I must give all glory to God, because there is no way to put a name to every act of kindness that has been shown to us.

Another layer to this cancer thing:  the story itself, as a whole, and the hope it provides.  If anything you see in us offers hope for you or your loved one’s cancer, know that it is God shining through us as He has offered this path for us.  It is one of the hardest, frustrating battles that we will fight, and it has taken a lot of courage on everyone’s behalf.  Getting to tell the doctor and his staff thank you for being willing to try the save my mom’s life was humbling and hard and real and it wouldn’t have happened if all of the other layers – the love of those near and far, our family and friends both new and old, the angels He has planted among us, the rejection, the open doors, the prayer, the financial support, the plane tickets…  all of God’s intricate design working together for our good. 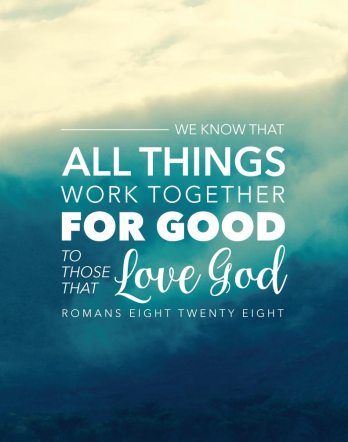 View all posts by bloominginidaho